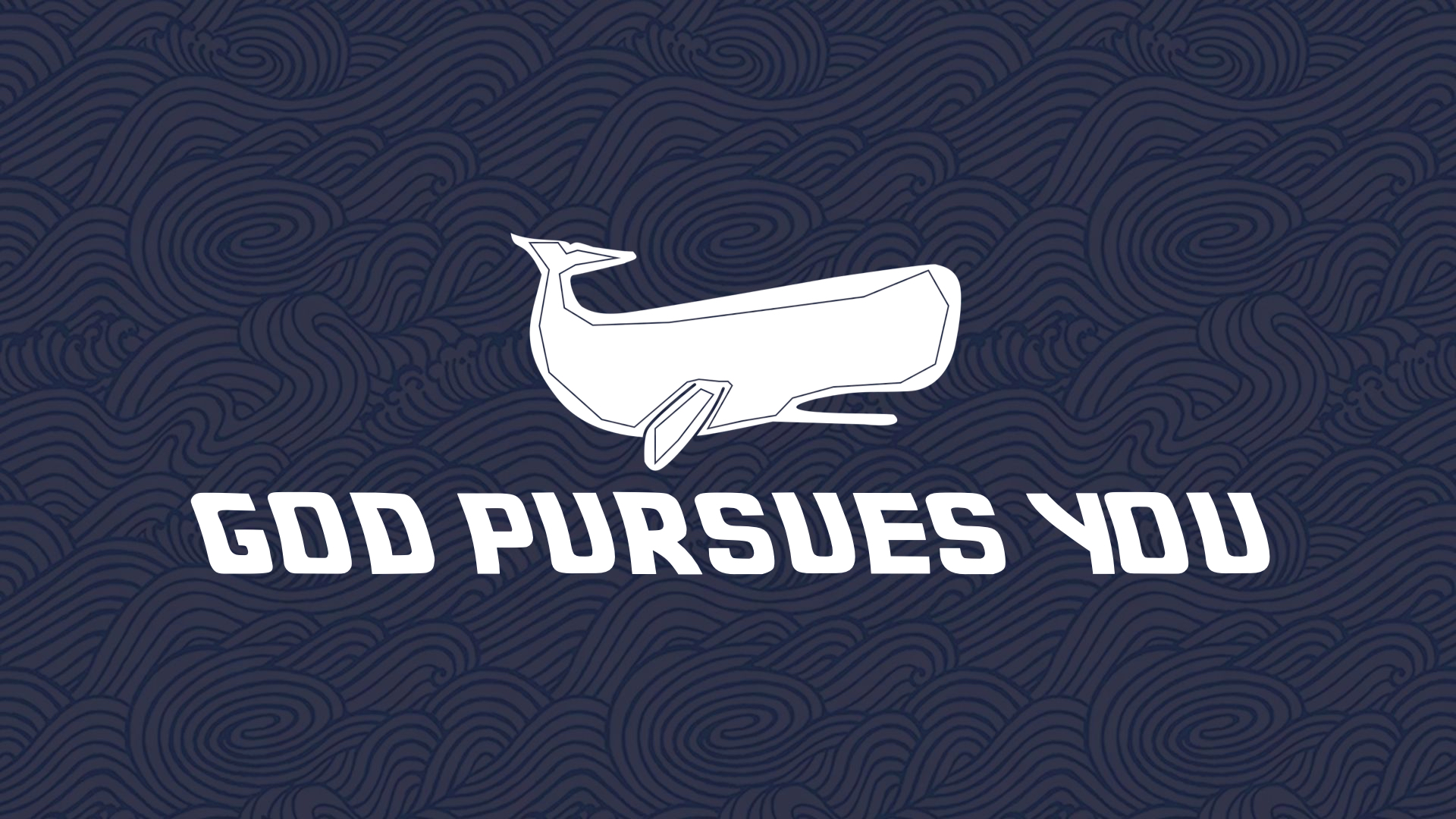 Whenever you hear about Jonah, your mind immediately goes to the whale. While that’s an important piece of the story, it’s not the whole story. Jonah is about a big fish and an even bigger God. Jonah’s story gives us hope for when we run from God. Why? Because God decided to protect him instead of punishing him.

Every Christmas, my church family does something really special. We grant “Christmas wishes” for people in the congregation. Our friends tell us their dreams and we strive to make their dreams come true. It’s wonderful. One year, a hilarious wish popped up in my email. A little girl in our church wanted a pet pig. “I have to grant this one!” I squealed like a piglet.

I did what anyone would do. I went to Craigslist and typed “pig.” Believe it or not, there was a person right down the street selling pet pigs for only five dollars a piece. That is cheaper and a cold brew at Starbucks, so I sent her an email to arrange a strange meetup.

We pulled up to a ranch to meet our Craigslist farmer. She welcomed us with a smile and some sweet tea. Immediately, she gave us a delightful tour of her humble barnyard. The tour ended at a pen full of little potbellied pigs playing in the mud. They were adorable. They ran around, oinked, and loved eating snacks out of your hand. “We’ll take one,” I announced. We put the piglet in a dog carrier and started our adventure to drop off the Christmas pig.

We picked up the pig, who we named Hamuel, out of the trunk. Then we learned a lesson. Pigs are not puppies. This little guy didn’t like people. He didn’t want to cuddle. Instead, he hated us. It makes sense, as pigs are really smart. I bet he did his research and learned what people do to animals like him and he wanted nothing to do with it.

Trying to hold him in my arms, he kicked and squealed. With a little fight, we put a bow on his neck and walked him into their house. Within seconds, the pig wiggled out of our arms and made a mad dash for the door. We spent the whole evening chasing a loose pig around an affluent neighborhood in the suburbs. Finally, we caught Hamuel and escorted him to meet his new mom. When she saw him, her face lit up. She went to cuddle him and the pig did the unthinkable. He kicked the poor girl right in the face. So much for her dream coming true. She was attacked by her Christmas wish.

We all have moments like this. Not a Christmas pig specifically, but we experience situations where our life looks nothing like we planned. Our expectations look nothing like what we encounter. This was certainly the case for Jonah. His life plan didn’t involve rebellion or a long journey on the sea. But here he found himself, running from God.

Jonah expected to be a normal prophet. He’d preach a few sermons.

He’d spend a lot of time in prayer.

He had no idea he’d be called to a dangerous city.

Then he became a runaway prophet.

Then get swallowed up by a fish.

Yes, today we are finally going to talk about the fish.

Whenever you hear about Jonah, your mind immediately goes to the big fish. While that’s an important piece of the story, it’s not the whole story.

Jonah is about a big fish and an even bigger God.

This passage is perplexing. Jonah set sail to cruise away from God’s goal for his life.

I imagine him standing on the upper deck while waving goodbye to all of his responsibilities.

As the land disappears over the horizon, so do all of his perceived problems. He takes a deep breath of salty air, sighs in relief, stretches out his arms, and snuggles up for a much-needed nap.

As he’s drifting off into a deep sleep, the boat drifts into a severe storm.

Waves toss the little boat back and forth like a ping-pong ball getting paddled across a table.

This storm is so strong that all the men aboard assume it has to be a Divine delay. They shake Jonah awake and ask, “What on earth did you do, dude? You show up, and now we are about to get swallowed up by the sea.”

Jonah knows that this storm is proof of God’s pursuit, so he hatches a peculiar plan. “Just throw me overboard,” he announces. Let that sink in (pun intended).

Jonah basically tells these guys that they should sacrifice him.

Even a skilled sailor would only survive seconds in rough water like this.

Naturally, the crew refuses, saying, “There has to be another way.”

Seriousness sweeps over Jonah's face as the rebellious prophet assures them this is the only path to protection for them.

Ironically, this is the first time Jonah starts moving towards God’s calling.

If Jonah had just obeyed originally, things would have looked drastically different.

There’d have been no storm.

There’d have been no plunge into water.

He’d just have to walk on a paved path to Nineveh for a couple of days.

The sails are tearing and the boat is taking on water, so the resistant sailors know that they have to take drastic measures.

They agree to send Jonah swimming and toss him overboard.

Then, they watch in wonder as the sea goes still. In awe of the outcome, the crew begins to worship the one true God.

Jonah’s story gives us hope for when we run from God. Why? Because God decided to protect him instead of punishing him.

Jonah was delaying God’s call, so God chose to intervene.

Here is a critical question. What are you supposed to do that you’re delaying?

Maybe you need to reconnect with a friend.

Maybe you need to start being more generous.

Maybe you need to initiate forgiveness with someone.

Maybe you need to stop returning over and over again to the same sin.

Whatever it is, don’t delay it any longer.

God may send a storm to wake you up.

We are sleeping on our potential.

We are sleeping on our calling.

God wants to wake us up from our slumber, and He may use a storm to do it.

It’s important that we understand that God’s original plan had nothing to do with a storm and a dangerous dive into the ocean.

Jonah’s actions set up the storm.

In life, we need to start taking ownership of our bad decisions.

Instead of looking to the sky for blame, we may need to look into the mirror.

Your own choices likely created some of your worst circumstances.

You may have been a bad boyfriend, so that led to the breakup.

You may have been lazy, so that put you on academic probation.

Maybe you don’t have enough money to put gas in your tank because you went on an Amazon shopping spree at two in the morning.

When we face the consequences of our actions, we must reflect on them then redirect ourselves back towards the path God would want us on.

READ: Jonah 2:1  "Now the Lord provided a huge fish to swallow Jonah, and Jonah was in the belly of the fish three days and three nights.”

Fortunately, the storm is not the end of the story.

God did something amazing to protect Jonah.

The Bible teaches that God can take all things and work them out for His glory (Romans 8:28).

And we know that all that happens to us is working for our good if we love God and are fitting into his plans.

When it says all things, I believe it means that.

He can take the disobedience, the struggles, the shortcomings, and the setbacks and transform them for His greater good.

This passage teaches that God “provided” a huge fish to swallow up Jonah.

God sent the fish to protect his prophet. Jonah wasn’t swallowed by a Four Seasons hotel. He was swallowed up by a fish.

I am sure the process was gross, smelly, dark, and disgusting.

However, it was exactly what Jonah needed for protection.

Jonah found himself in a mess, but this mess was for his best.

We face failure, we get caught, or we lose some friends.

Let’s strive to view our consequences through the lens of redemption.

It’s possible that God is not punishing you. Instead, maybe He’s pursuing you.

Just like Jonah, the fish was actually God’s provision and protection.

When I was a kid, my mom once popped the back of my hand as I was about to grab a flaming marshmallow off a stick.

She wasn’t punishing me; she was protecting me.

The same is true in your life. Sometimes, problems that feel like punishments are actually God’s provision.

Embrace God’s correction because it will help you grow.

Experience is an amazing educator— especially the hard stuff.

Jonah’s experience was nothing like he ever imagined. He found himself in the middle of a stormy sea.

Then he found himself in the belly of a fish. However, while unexpected, this is exactly where he needed to be.

God was providing for him.

God was protecting him.

God gave him a bad experience in order to make way for a magnificent one.

If your circumstances feel a lot like punishment right now, look for what God is trying to do.

There is protection and provision coming your way!

Praise God for his protection, even when it’s difficult.

Praise God for his provision, even when it’s not what you expected.

Ice Breaker: Introduce yourself and share this week's highs and lows.

Q1: What's one thing that stood out to you from tonight's message?

Q2: Jonah thought he outran God's calling for his life by sailing in the opposite direction. How did God redirect him to get his life back on track?

Q3: Have you ever given up on something that God called you to do? (Think New Year resolutions.) What usually redirects you back to those forgotten pursuits?

Q4: How did God protect Jonah from the stormy seas? What might this reveal about God?

Q5: Have you faced a difficult situation that seemed like punishment in the moment, but looking back you can see how it redirected you towards something better?

Q6: How can you pursue God in difficult situations to take step towards the path God wants for your life?

Application: What's one step you can take towards God and his calling for you this week? Commit to taking that step every day.