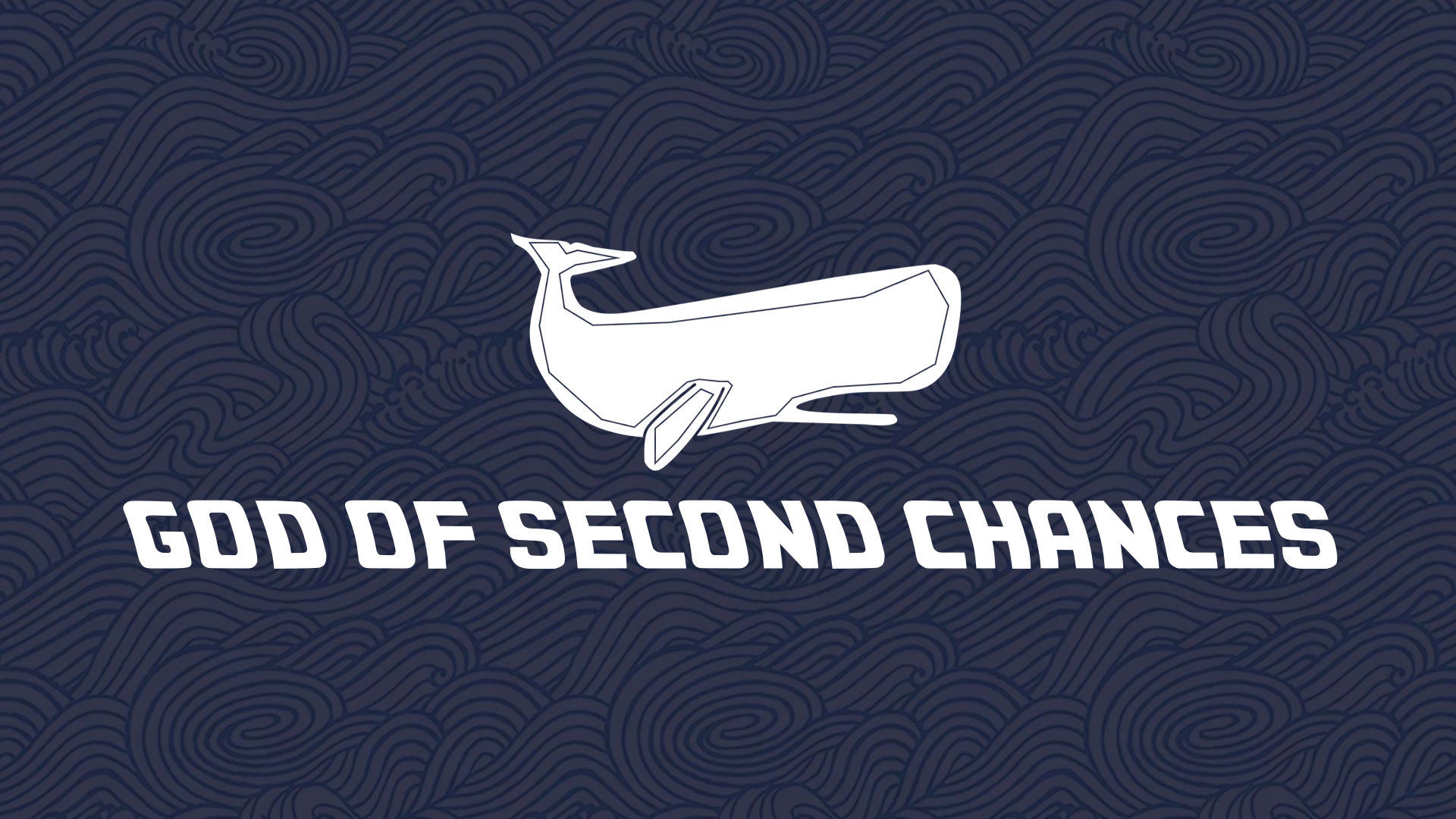 Jonah’s tale is not merely about a whale; it’s about God’s way being the best way. It is not merely about a sea creature; it’s about second chances. No matter how far we go, how rebellious we are, or how much we mess up, God will pursue us. God will find you, pick you up, dust you off, and help place you on the right path. There is good news for Jonah, you, and me— God always offers a second chance.

What comes to mind when you think of the story of Jonah? For most people, it’s one obvious answer: a fish.

We think of this story exclusively as “Jonah and the Whale.”

That’s the theme of the mural in the church nursery.

That’s even what some study Bibles site as the subtext of this story.

This whole book is often boiled down to a guy and his fish friend.

Sure, that’s a major theme, but this is far from a fish story.

Jonah’s tale is not merely about a whale; it’s about God’s way being the best way.

It’s not merely about a sea creature; it’s about second chances.

Jonah had directly experienced the presence of God, but ignored it.

As a matter of fact, he ran from it.

He thought that jumping on a boat would help him get away.

He assumed that getting thrown in the sea would get him away from his calling.

He assumed that he could just force it out of his mind and go on to live his life outside the presence of God.

Here is the truth we’re all forced to face: God’s presence is inescapable.

I’ve heard people ask, “Where is God?” That’s like a fish asking, “Where is water?” He’s all around you.

His presence is as close as the air you breathe. You can run from God, but you can not outrun God.

It shows that God will chase us down.

No matter how far we go, how rebellious we are, or how much we mess up, God will pursue us.

God will find you, pick you up, dust you off, and help place you on the right path.

There is good news for Jonah, you, and me— God always offers a second chance.

In verse three, we see a single word that packs a serious punch.

It says that God came to Jonah a “second" time.

This isn’t just about Jonah’s circumstances. It’s about God’s character.

It illustrates that God is a God of second chances.

Whenever we make a mistake, God extends a second chance to us.

It doesn’t matter how far we run, how badly we behave, or how many times we make the same mistake, God is ready to give you another shot.

Have you ever stumbled into a totally random section of Youtube?

It was memorizing. I can only make a line, box, and staircase on mine, but these YouTube personalities were making replicas of Starry Night by Van Gogh.

ILLUSTRATION: Take out an Etch-a-Sketch Have you ever played with an Etch-a-Sketch? It’s a red, retro toy where you spin two knobs that help you draw little lines on the grey screen.

I played with them as a kid, but I could never make more than a straight line or a square. I used to work on writing my name with laser focus just to turn the knob the wrong direction.

Suddenly, it was ruined. My beautiful signature had a random line going right through it.

What do you do when you make a mistake on an Etch-a-Sketch? You just shake it. In an instant, the screen is clear, and you have a new opportunity to try again.

God is the same way. Whenever you mess up, make a mistake, move the wrong way, or do something that makes zero sense at all, you can have a clean slate instantly.

If you messed up and let someone into your life that you know you shouldn’t have, Jesus will give you a second chance.

If you have gotten yourself caught up in an addiction, turn to Jesus, and He will help make things new for you.

If you have gotten carried away with lying and are worried that people will never trust you again, trust in Jesus as He helps you mend those broken relationships.

Some people treat God like a Magic 8-ball. You think His interactions with you are all a mystery.

You pray for forgiveness, but you only receive some vague impersonal message. God is not a Magic 8-ball God; He’s an Etch-a-Sketch God!

He’s ready to make things new for you. It doesn’t matter where you’ve been, what you’ve done, or how messy things have gotten.

God will give you a fresh start.  God always has a second chance for you.

I know that some of you feel as though you’re on your hundredth second chance with God.

You’d gotten things back on track, but you’re now stuck in the same struggle.

There is no threshold to God’s forgiveness. No one on Earth is on their first take. We have all fallen short. We have all made mistakes.

We have all broken trust. All you have to do is turn back to Jesus, and He will give you a second chance— then another and then another.

Look at what happened in Jonah chapter three! The Bible explains that “the people of Nineveh believed God. They called for a fast and put on sackcloth, from the greatest of them to the least of them.”

The people of Nineveh got saved. They saw widespread revival. The passage even teaches that their animals fasted with the nation in mourning for their rebellion. How cool is that?

This shows us why God gives us second chances! It’s because a second chance is a setup for the move God wants to do.

He refuses to let your dark past get in the way of your bright future.

He wants to set you free in order to achieve His purpose for you.

It was a small step into a big story for Jonah. Lives were changed. People found hope. He saw unimaginable success. It all started with a small step in the right direction.

Just focus on making one step toward Jesus today.

Maybe you need to start praying, take that step.

Maybe you need to say yes to Jesus, take that step.

Maybe you should start up a Bible study, take that step.

Your story is a series of steps, so be sure you’re going in the right direction.

If you’ve messed up, all you need to do is turn around and start moving. Jesus has a second chance and a clean slate for you.

Ice Breaker: Introduce yourself and share this week's highs and lows.

Q1: What's one thing that stood out to you from tonight's message?

Q2: How can you relate to Jonah?

Q3: What does the story of Jonah reveal about God's character? How can you embrace that in your own relationship with God?

Q4: Do you feel like you're moving towards God, away from God, or ignoring God on your current journey?

Q5: How can you take a step towards God and the life that He wants for you?

Application: How can you apply your main takeaway from the story of Jonah to your own life? Think of a practical application that you can put into practice every day.